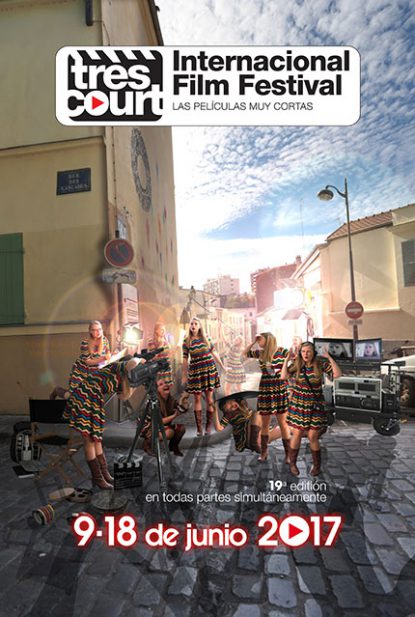 An event without borders www.trescourt.com

Très Court International Film Festival is an event without borders, with screenings during 10 days simultaneously in nearly one hundred cities in France and 30 other countries. The major program of the festival is the international competition. Fifty films of less than 3 minutes (excluding title and credits) representing the best and especially the shorter of the global audiovisual production year are presented each year.