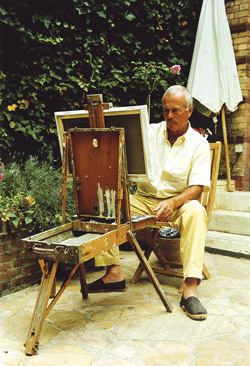 Born june 19th under the sign of gemini, with libra ascendant. He comes from a family of longstanding artistic fame. His grandfather, P.G. Rigaud was a post-impressionist painter, his uncle jean Rigaud, a well-known seascape artist, his father a caricaturist under the name of Caza and his brother Philip CAZA a comic strip author. It was only natural that he should follow in their footsteps.

After training with J. Rigaud, he entered the “Grande Chaumière” academy under the tutorship of Yves Brayer and later joined the “Port Royal” academy, directed by Claude Schurr. At the same period he started a career as a theater set designer.

His main inspiration comes from landscapes. Travelling from Provence to Italy and Spain, sometimes focusing on the Luberon or Riviera area, he is formost attracted by the sunlight. However, he also feels inspired by the skies of Brittany or the Loire valley and by the iridescent light of the ile de France.

He paints with oil on canvas from his subject and travels widely in search of sunlit Mediterranean villages and hidden inlets shimmering with turquoise water.

His international stature is revealded in various exhibitions in Germany, Spain and the U.S.. He also shows yearly at the “salon d’automne” and “salon des indépendants” in Paris 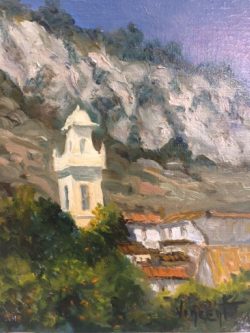 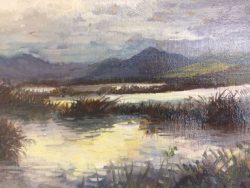 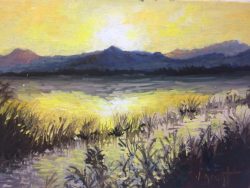 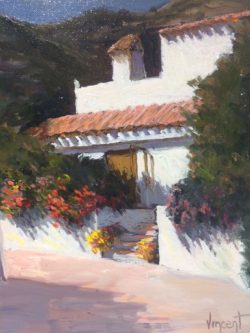 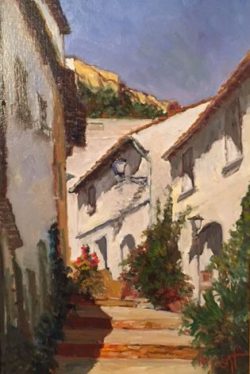 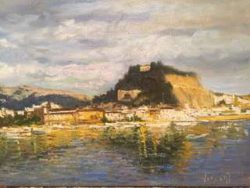 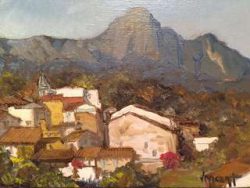 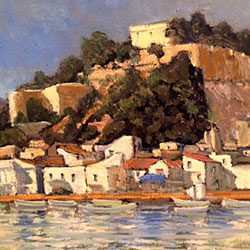 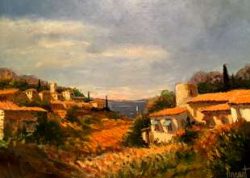 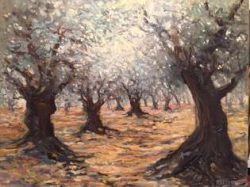 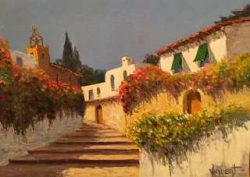 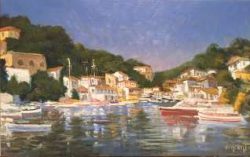 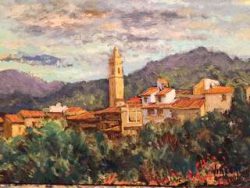